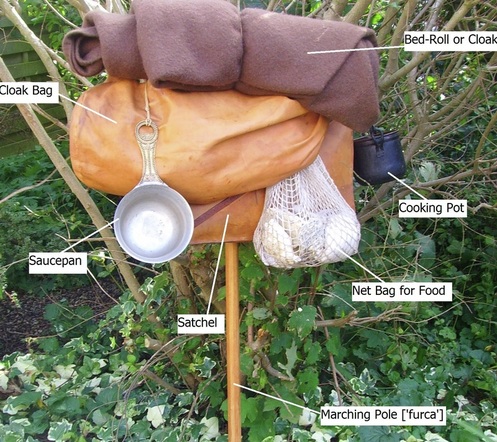 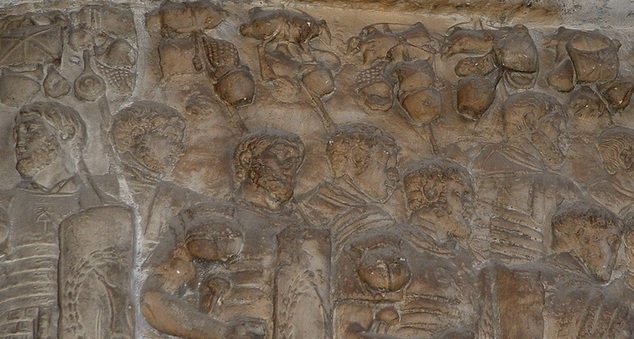 Backpacks as we know them were not used by Roman soldiers. On Trajan's Column in Rome, soldiers are depicted (from around AD 100) carrying supplies and either waterskins, or packs, on poles slung over their shoulder. We know they called these poles 'furca' probably after the torture frame of the same name.

The photographs above show some of these carvings. Can you see what looks like a leather satchel [loculus], with cross-shaped re-inforcements? This might have been a kit bag for small items like coins, small tools etc (see the photo below to see the contents of my loculus).

You may also see a roll, or a roll-shaped sack, tied at one end. This may have been a bag for spare clothing and the all-important cloak. You may also see a net. This might be a back for food, or to hold a waterskin. No-one is quite sure. I keep bags of dried food (lentils, wheat and barley) as well as smoked cheese, bacon and hard-tack (rock-hard bread crackers that will survive for years, the Romans called this 'buccellatum').

Finally you should be able to make out the Roman saucepan [patera] and a cook pot [situla] swinging from the pole. 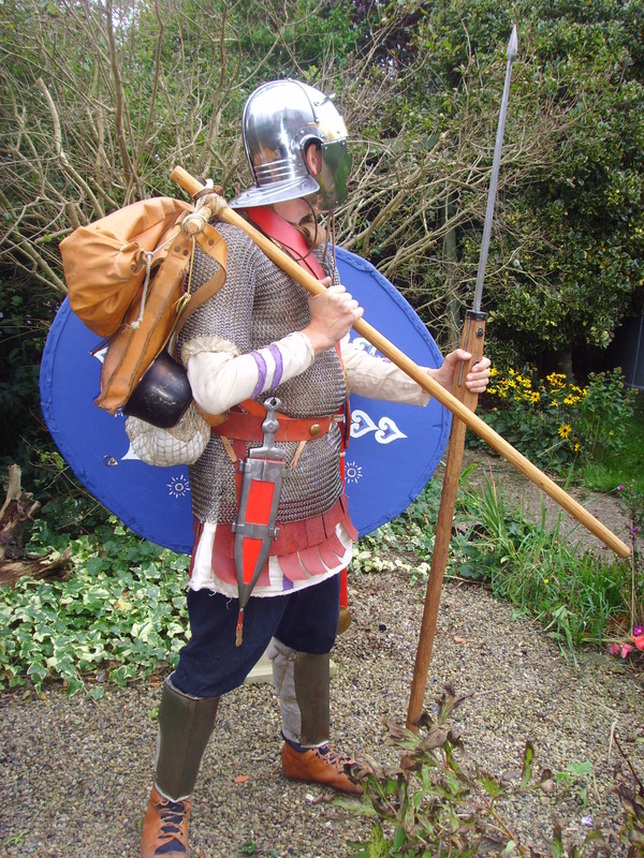 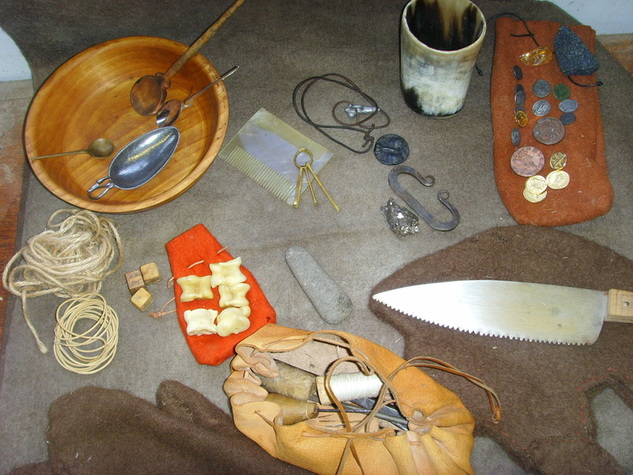 Above The contents of Fortunatus' satchel [loculus], from top left, going clockwise:  wooden bowl for daily meals, with a selection of spoons, including a couple of nice silver examples; a comb used to clean out lice with a bronze set of tweezers/ear-scraper/toothpick; magic amulet next to a token for a night in an inn; a piece of flint and a steel, used to start fires; a cup made from cow horn' a mony/treasure pouch; a brown Phrygian cap with a hand saw laying on-top; a sewing/leather-work kit (the bag is a simple circle of goatskin, a copy of one found at Vindolanda Roman fort, close to Hadrian's Wall); a grey whetsone for polishing blades; a pair of brown mittens for winter work; a set of sheep's knucklebones and a few wooden dice used in gambling; finally, a roll of string and leather cord for repairs. 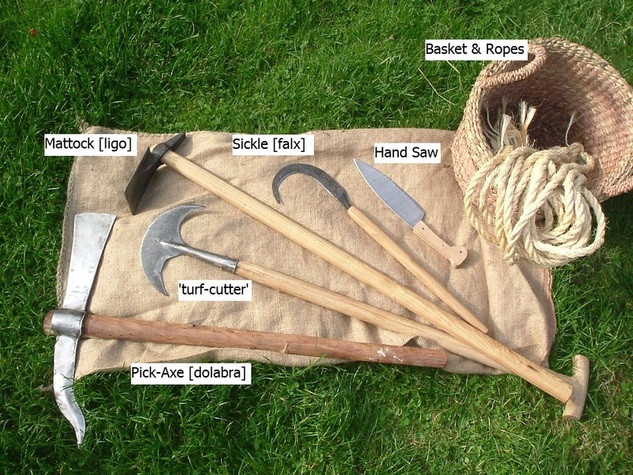 The mattock [ligo] was essential, with this troops dug out a deep ditch in-front of the turf wall, the basket was used by a comrade to carry to soil away. Now their temporary camp was almost complete. The saw could be used to cut smaller pieces of wood, and the sickle was used to go out into the enemy's fields to harvest his crops. It could also be used to cut down bushes and long grass around a camp to allow the legionaries a good view of the surrounding enemy area. 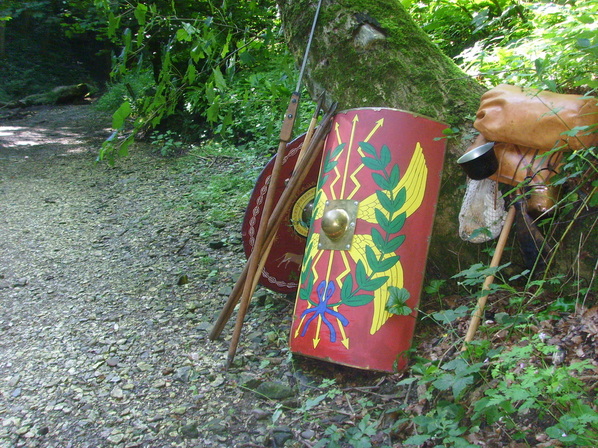