Above Left Legionary Rufus wears a short-sleeved linen subarmalis with attached leather pteruges. His belt is a much later 4th century type.

Below Demetrius wears a long version of the subarmalis for to be worn underneath a long chainmail shirt, it does not need leather pteruges. 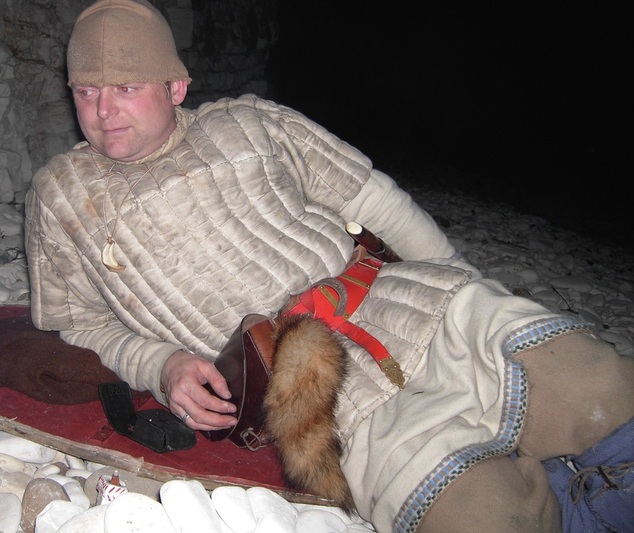 Pteruges
It was at the end of the 2nd century AD that Roman legionaries routinely began to wear pteruges. These are the long leather strips hanging down from the armour. It is thought they were introduced to provide some protection for the groin as the famous studded cingulum of the 1st century fell out of fashion and was abandoned. These pteruges are worn with segmentata and chainmain in the late 2nd century and through into the 3rd century. Later in the 3rd century the fashion was for very long chainmail shirts, and so pteruges themselves were not used. 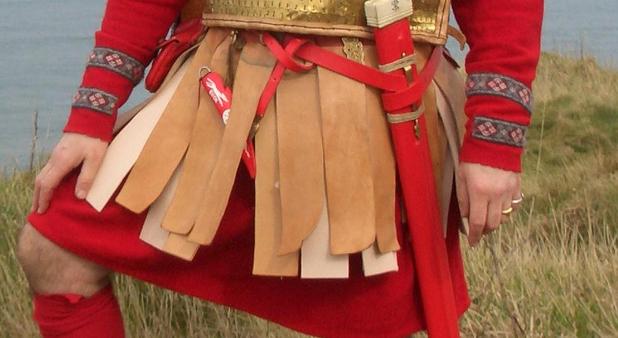