The weaponry, armour and equipment of the Roman legions was always changing. A soldier from the Punic Wars in 200 BC looked very different from one invading Britain in 43 AD and in turn he looked very different from a soldier of Constantine's army in 316 AD. Fashion, tactics and strategy meant the legions continually adapted and changed. Fortunatus and the other men in the Sixth Legion still retain many of the well-known items of kit, the rectangular shield, the throwing javelin (pilum) and the Roman helmet with wide neck guard. But it was in the reign of Septimus Severus that the legions began to radically change their appearance and equipment.

Use the tabs to read about the types of equipment that Fortunatus was able to use in 200 AD. There were several types of shield and helmet in use at the time for example, and a number of different types of armour. On different campaigns, at different forts and when part of different legions, Fortunatus will be using the weapons and armour that he can get hold of. He is forced to buy the equipment he uses from the legion, the price is deducted from his wages. This means he really looks after it! Often soldiers like Fortunatus scratch or hammer their names and even the century they belong to on their helmets and swords to prevent theft. It is common to paint one's name on one's own shield.

How the Legionary Changed Through Time 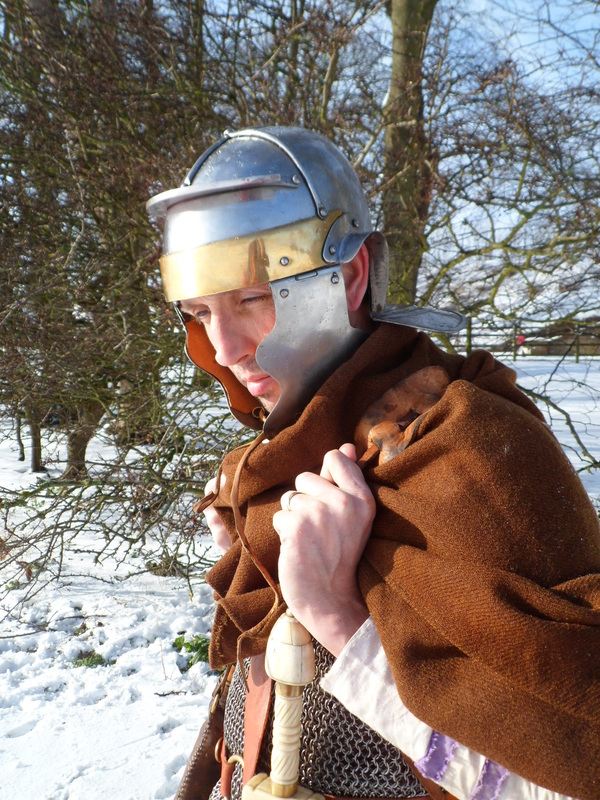