On the Antonine Wall we spent the rest of the year [AD 208] at a fort on the wall called Medio Nemeton. It was in need of repair and we spent a cold winter there. Other legions were set to work restablishing this long abandoned defensive wall. I helped to repair the roof of the headquarters building, and some of the barrack blocks. It was a bitterly cold winter, snow lay for weeks.

In the spring [AD 209] the emperor's son Caracalla led the three British legions north-east into Caledonii territory. We joined the epic march through rolling hills and deep forests. Over 10,000 men in arms. Meanwhile the emperor Severus paralleled the same route along the coast. It was frustrating. The British tribes shot at us with slings, but refused to fight and melted away into the forests. Farms were abandoned, hill-forts were abandoned. We caught several prisoners and fought a number of warriors who we caught bathing in a stream, they fought to the death. 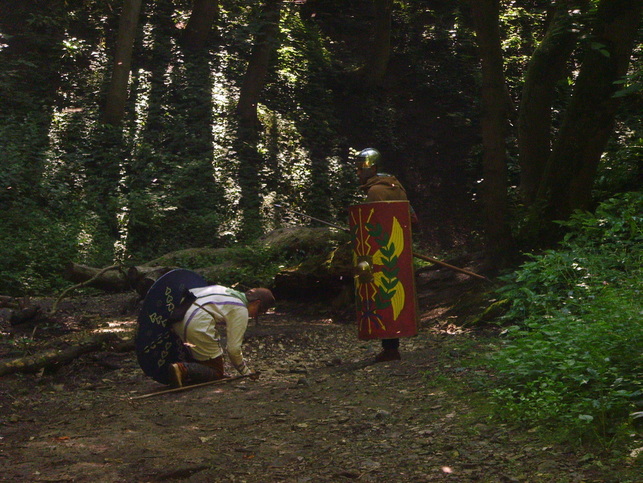 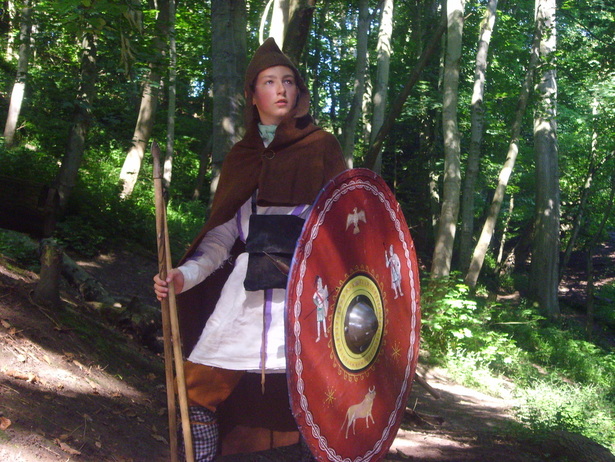 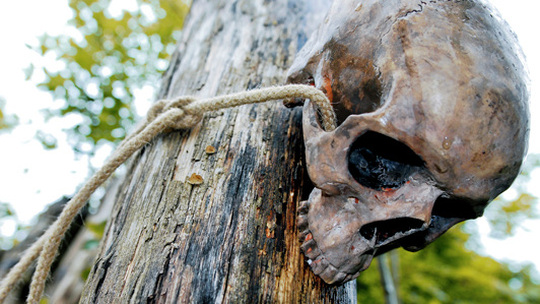 Now we faced a terrible war. Our enemies, the Caledonii, renewed their guerilla attacks, and our allies, the Maeatae, fought us mercilessly behind the lines. Forts were set on fire, commanders killed by their 'loyal' Maeatae scouts, legionary camps were attacked in the night. Two of our centuries were ordered to reinforce a patrol that had been ambushed in the next valley, and each clutching a shield and a pilum we hastened to the rescue of our comrades. Cresting a heather-clad rise, our legionary centuries, commanded by centurion Valerius looked down toward the British host which stood astride a rocky stream-bed.  Hundreds of barbarians screaming and shouting formed up in four loose lines, with knots of naked heroes forward of the main host. Our comrades, the century of Rufinius, were attacking the British front, while a number of Roman cavalrymen were spread out along one flank. Tribal cavalry seemed scattered around as if they were trying to reform. Centurion Valerius urged us closer toward the enemy line. Our trumpeter signalled clearly across the low valley lifting the spirits of the engaged Roman forces.  I was on the frontline in full armour. Behind me marched Demetrius, then Salvianus, Tranquilatus and Paulus. Brocchus brought up the rear of the file of men, looking clean and dry despite the awful conditions of the past three days.  I marched through the heather at the front of the legion in line with the other heavily armoured squad leaders, each one followed by the men of his contubernium. 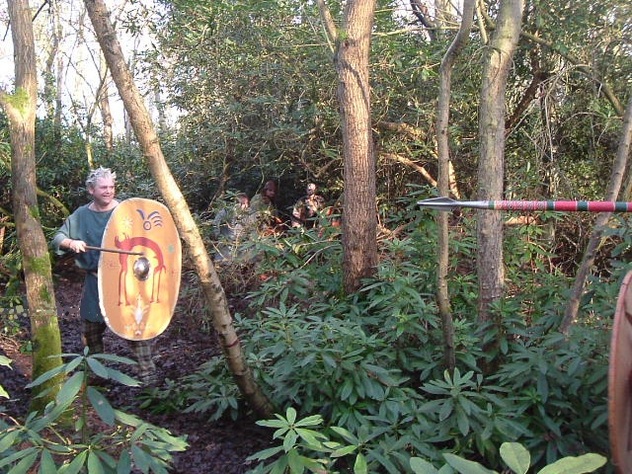 Above. The British ambushed our patrols; they always seemed pleased to see us!
Facing the enemy, the our centurion gave the order to stand ready, "Parati!". Rectangular shields were locked, javelins thrust forward with a growl. The Britons pelted the legion with javelins, many thundered into shields with some force, some spun over the shields to bounce off helmets, a number of the points caught men in the faces. The two centuries advanced still further and the order was given to throw their own javelins, the pilum. The first threemen in each file along the front of the formation, cast their pila as one. Now the fighting began. The tribal heroes, covered in mud and tattoos, were gathered into wedge formations that charged into the frontline. Other warriors hung back waiting to rush in and exploit any weakness. Close up, the men looked savage and awful, with staring emotionless eyes, teeth flashing beneath large moustaches. I braced with the other front-rankers. Paulus and Demetrius pushed me forwards and I took the charge of the warriors on my shield. Demetrius and I had gotten our swords past the enemy shields and into bodies, there was pushing and shoving on both sides. The savage screaming men were chopping over the shields with long swords and lunging with spears. I felt I was being pushed backwards and almost tripped on a body under me. I kept stabbing past the shields of the enemy with my sword, my large curved shield was pressed up against me. A warrior with brown beard and yellow teeth was pushing up against it, trying to get a long knife around the edge and into a Roman. Demetrius stabbed his sword past me into the man's upper arm.
Shouts and screams filled the air, everything was pushing and slipping, ducking away from blows and staying upright. At times the lines came apart and both armies shouted at one other, to later clash together, another bout in the bloody game. And then the Britons fled. Too many heroes had fallen it seemed, too many warriors at the back were fleeing the battle, and the resolute fighting by men of the Sixth Victrix had a demoralising effect on the tribal frontline. As they began to run, huddled together in gangs and small groups, all order gone, the legionaries tried to run after them, elated at the fight's finish. The ground was all stream bed, rocks and heather and the armoured soldiers had no chance to keep up. Instead I gasped for breath as I leant on my blood-smeared shield, to watch the Roman cavalry ride them down.
We were all flushed with victory. In the afternoon we retired to Medio Nemeton and spent a happier evening, nursing wounds and discussing the battle. I had lost the tip of a finger on my right hand and my left shoulder was in agony. Veteranus had been killed by a javelin in the chest, it was then I realised that it had been Veteranus' body that had almost tripped me up. Paulus was a nervous wreck, he had kept his place in the formation, but once the fighting had ended he had broken down and lay in his blanket shaking. Salvianus was having an arrow removed, it had slid along the inside of his shield before entering his left forearm, but had not gone in too deep. In the next room of the barrack block I could hear sobbing and the groans of wounded. A legionary in that squad had been hit in the face with a hand-axe and survived, but Death would surely claim him by dawn. Another was sobbing and spluttering, during one of the clashes he had bitten his own tongue off.

The emperor was furious. New orders were issued. All units, including ours, were told to go out, and to kill every living thing we found. The Sixth moved out in late September and burned round houses, destroyed villages, killed cattle and pigs, farmers, warriors … men women and children. The emperor wanted every trace of the Caledonii tribe and the Maeatae tribe wiped out of existence. 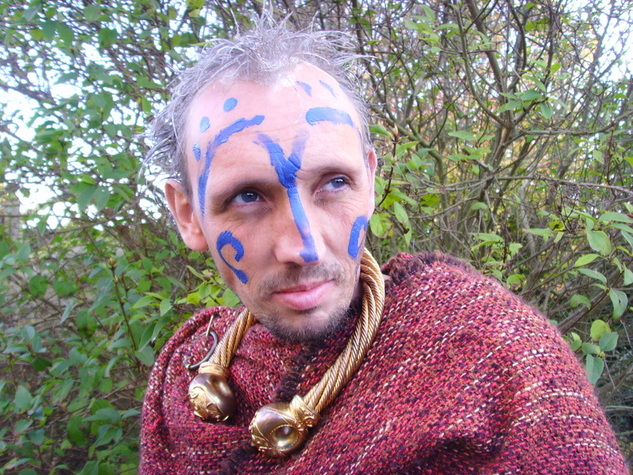 As winter settled in the Sixth legion moved back to the Antonine Wall. It was bloodied and haunted by its experience in Caledonia. The talk in barracks was that the emperor Septimus Severus (who had returned to Eboracum for the winter) was going to order the legions to finish the job in the new year (AD 211) and eradicate every single living thing north of the Antonine Wall.

On 4 February, 211, while snow still clad the northern forests, Severus died. His sons Caracalla and Geta were left, and Caracalla came north one more time to lead the tired and war-weary soldiers of the Sixth Legion back into action against the tribes, forcing their chiefs to accept a peace deal.

And then it was over. Caracalla, like Geta, wanted to go home to Rome, and they left Britain with their father's body, the Second Parthian Legion and the Praetorian Guard.
We few soldiers of the Second Faithful Italian Legion were left behind, we were replacements for the Sixth Legion in Eboracum. And we settled down as best we could, settled into baracks inside the great fortress of Eboracum, waiting for our families to arrive. We were soldiers in this dismal frontier provinceof Britannia - this was our new life.