Part 6: TOWARDS THE BRITISH WAR

Rumours began to fly through the Second Italica that a new war was about to start [AD 207]. Soon the rumours became orders, we were to rendezvous in Gaul with other regiments coming from northern Italy and the Rhine frontier. The war was in Britannia.
Weeks of preparation ended with a march westwards [AD 208], we carried our own clothing, armour, shield and weapons, we shared out tools amongst ourselves. Everything else went on the squad's mule or in wagons. At the rendezvous point we realised the size of the expedition. Septimus Severus led the Praetorian Guard and was accompanied by the II Parthian legion, but there were vexillations (detachments of a few hundred men) that were arriving from legions scattered along the Danube and Rhine garrisons. We met comrades from the Third Italica and the Second Rescuers. 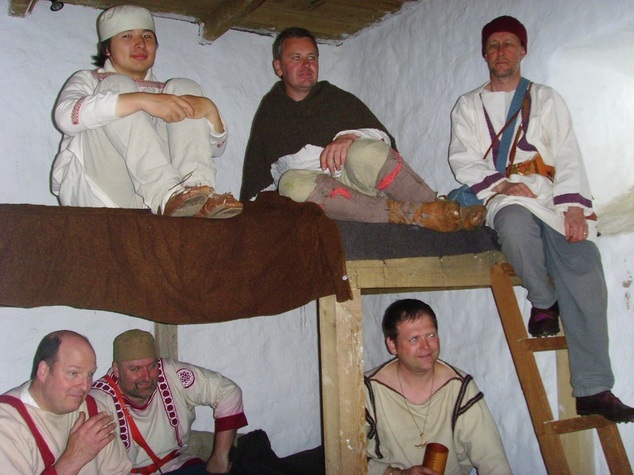 Men from Legio II Pia Italica in their new barracks - would all return from Caledonia?